Bear’s Den are celebrating their new album, ‘Red Earth & Pouring Rain’ and it’s well worth a listen! They have a sound that reminds me of Fleetwood Mac and their new album is an addictive listen..
This week.. they have entered the UK Albums Chart as the week’s Highest New Entry at #6.
The band’s debut album, 2014‘s Islands, was a true slow burning success, just recently reaching Silver sales status in the UK. It achieved this over an 18 month period, slowly building a huge fanbase for the group along with their consistently stellar live shows and wide radio support for the singles, Agape, and the Ivor Novello-nominated Above The Clouds of Pompeii.
Red Earth & Pouring Rain was released last week by Communion, and is off to a flying start internationally, too, with Top 10 chartings just announced in Holland (#5) and Belgium (#9) as well as charting as the second highest new entry in Germany this week (#26), while live dates across Europe and on Bear’s Den’s upcoming US tour are fast selling out.
The band’s Kev Jones told the Official Charts Company on hearing the news today, “We’re overwhelmed by how Red Earth & Pouring Rain has been received this week. We can’t wait to tour the album in the Autumn.”
Bear’s Den head out on their biggest headline tour to date in support of the album in November. UK dates are as follows (for full dates, see www.bearsdenmusic.co.uk)
BEAR’S DEN UK DATES:
1st Nov – Brighton – The Dome
2nd Nov – Birmingham – O2 Institute
3rd Nov – Glasgow – O2 ABC **SOLD OUT**
4th Nov – Manchester – Albert Hall **SOLD OUT**
5th Nov – Norwich UEA
8th Nov – London – Brixton Academy
9th Nov – Bristol – O2 Academy
Ahead of this, the group has also played major festival slots so far this summer at Glastonbury (Other Stage), T In The Park and Latitude.
Watch the video for the single, ‘Auld Wives’ (directed by the acclaimed theatre and film director, Sam Yates, and staring Joseph Marcell) here.
‘RED EARTH & POURING RAIN’ TRACKLISTING:
Red Earth & Pouring Rain
Emeralds
Dew On The Vine
Roses On A Breeze
New Jerusalem
Love Can’t Stand Alone
Auld Wives’
Greenwoods Bethlehem
Broken Parable
Fortress
Gabriel
Napoleon
BEAR’S DEN: Official site | Facebook | Twitter

He looks at my drink…”let me get you another!” and runs off toward the bar. He comes back with a full pint for me.. I look over at his glass.. only half full. Then back to my own. An overflowing curvaceous goddess of liquid gold full to it’s brim.

“Hey!!! Why did you do that?” he looks at me slightly angry. I don’t really understand why because they’re both the same drink. And I hadn’t even taken a sip of mine. Sharing is caring right?

I decide I won’t take a sip until he takes one first. I wait patiently. One minute… two minutes. Three pass. Four.. then FINALLY.

He takes a gulp. Ok. Probably rohypnol free then. My green light to go. I drink my half with an innate awareness. Why is he going so slow…..It doesn’t take long. I’ve finished. And I get up to leave.

“Where are you going?” he glances up looking perplexed. I shrug. And decide to culminate a less paranoid explanation… “Er.. I need to get some.. chips? Night!”. Chips, chips, chips, du, du, du, du, du. Mmmm chips Ci bum ci bum bum Love the energy of this video.. single from Clean Bandit entitled ‘Rather Be’ featuring Jess Glynne. They recently performed at the Fred Perry’s Sub-Sonic Live concerts reached Number 1 in the midweeks for the UK single charts, and became a ‘most blogged track’ on Hype Machine as well as topping the iTunes chart. The band are rumoured to become one of the hottest cross over acts of 2014.

Fresh from playing Glastonbury here is an introduction to The Patrick James Pearson Band – one of my ‘one’s to watch’.. one’s to watch rise that is… taken over by past Hard Fi/The Bluetones/My Vitriol’s Management – they have some experienced backing helping them up the greasy pole of the music industry. And we hope they make it (turns to cameralady: don’t we Sophie?). Here we discuss fascism/elitism/classism and music* (all very briefly)… also featuring Richard from Hard Fi…

*We hold no grudges against Peaches Geldof – we are simply using her as an example in the topic of debate.

Thank you to Sophie Lasson on camera!

I am also recommending www.amnestytv.co.uk – which has educated me a bit today.. worth a watch! 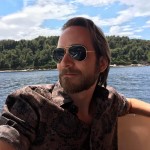