I believe in getting into hot water; it keeps you clean.  ~ G.K. Chesterton

The sun was shining – my camera packed and my bog standard train ticket booked. Where was I going? I was accompanying Mr Chilly Gonzales to the Isle of Wight Festival. Kind of like a fun day out thing together! There were promises of ice cream, balloons and artist buggies. For one day (only?) I would experience a festival from the point of view of an artist. There was just one condition…. not to film him with his glasses on. Fine. Simple. I could do that.

I had gone all of ten minutes down the road positive that the day was going to go just great – when I had a phone call from my camera guy who had been in a car accident.

Although in a lot of pain and with a written off car – thankfully he was ok. In true ohDearyme style it was decided that the show must go on..

So with the occasional help from the public as camera assistants (thank you thank you!) here is my video of my wonderful day out as a VIP artist at Isle of Wight Festival! Also featuring hula hoop tips from Marawa the Amazing – (recently of BGT fame), VanGuard and exerts from Chilly’s new album ‘The Unspeakable Chilly Gonzales’ which was released just recently on the 6th June…(Thank you to Nick Crook and Creative Recreation for the shoes (competition prize). 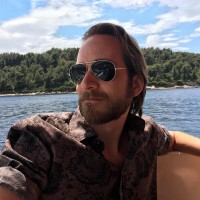